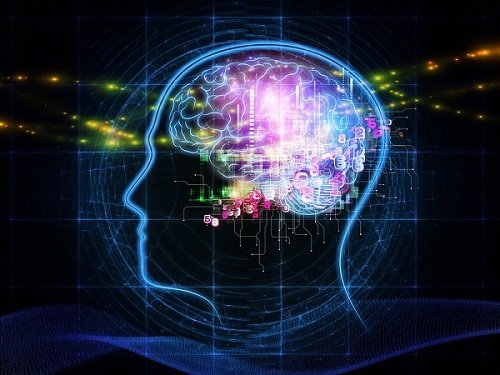 IQ stands for Intelligence Quotient. It is the measurement of your intelligence. Intelligence simply means the ability to acquire and apply knowledge and skills to find solution to any given problem in utmost time. It also tells about your problem solving structure and goal achieving method.

In the world, one of the tool that acts as recreation to large number of people is video games.

It is believed that video games have a negative effect on most teenagers. Especially when they fall victim of being addicted to it…

If you want to increase your IQ,  and think fast on providing solutions to any given problematic situation. Then thanks to advanced technology that made it possible for every person to improve and check on their IQ and intelligence level.

However, most games with quality simulation have been designed to have educational and physical benefits for players.

This games are classified into what role they play to human IQ and physical benefits. The classes however are;

Puzzles are a great way to improve one’s IQ level, given how they stimulate the motor skills.

Crossword Puzzles as well as Sudoku are games that significantly improve one’s IQ level with a few minutes of game time each day. However, others include; 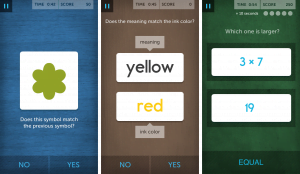 This popular app is split into sessions of three games tailored to your goals: memory, attention, problem solving, processing speed or flexibility of thinking. The games are played against the clock and change every time. Developers say just one session a day can improve mental skills and users can track progress and compare performance with others.

Improve cognitive abilities, such as concentration and memory, with sleek, fun and addictive games designed by neuroscientists. Users can track progress and access insights about overall brain health. Competitive players can challenge friends, too.

After an initial quiz, the app adapts each game’s difficulty to your profile and gives you recommendations based on your results. Developers found that users saw improvement by spending at least 20 minutes, two to three times a week, playing the games. 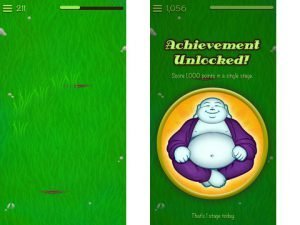 Players follow two animated characters, one of which looks calm and friendly while the other looks angry, as they burrow through a field of rustling grass. This game, developed by Dennis and researchers from Hunter College and the City University of New York, reduces anxiety by training your brain to focus more on the positive and less on the negative.

“The habit of thinking about the world in a more positive light — like looking for a silver lining in a bad situation — is one of the key ways we can promote our own resilience in the face of adversity,” says Dennis.

Even a single session of play can build resilience over several hours. She suggests using the app right before a stressful event, but 10 minutes a day will help build more enduring positive effects. 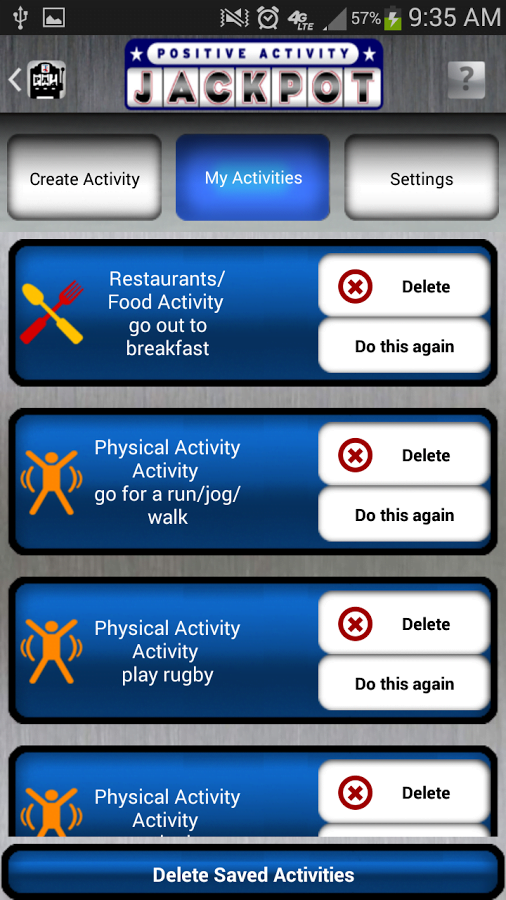 This app was originally developed for service members returning from combat with high risk for post-traumatic stress disorder. It uses augmented reality with an Android phone’s GPS to find nearby activities and diversions for someone coping with depression.

If you cannot make up your mind what to do, “pull the lever” and let the app’s jackpot function make the choice for you. PAJ is based on a form of behavioral therapy called pleasant event scheduling, which encourages a daily schedule of enjoyable activities to improve moods and overcome despondent thoughts. (Free; available on Google Play)

Strategy games requires the brain to plan, strategize and manage limited resources and logistics.  When playing a strategy game, the player has to be flexible and should be quick to change tactics when something unexpected suddenly happens, just like in the real world.  Playing a strategy game also involves making fast analysis and quick decisions, sometimes with incomplete information.

Examples of this games are 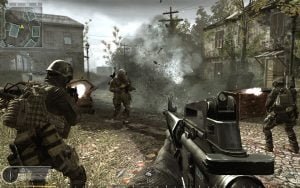 A player needs a developed hand-eye coordination to be a good first person shooter.  In almost every second of the game, a player keeps track of the position of the enemy, his speed, where the gun is aiming, and so on.  The player simultaneously works these factors out in his head, and coordinates his brain’s interpretation and reaction with the movement in his hands and fingertips.  He also needs to think fast, making decisions that are accurate under stressful situation. 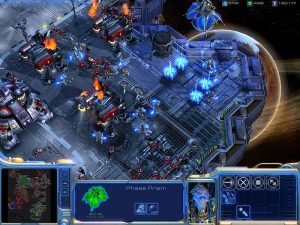 “Starcraft,” is a science fiction real time strategy game where different alien species fight for dominance.  Each specie has different fighting units available and requires different tactics to win.  The game involves resource management to build and sustain units.  A study has found that playing Starcraft can increase a player’s “brain flexibility,” the ability to allocate the brain’s resources under changing circumstances, which the scientists described as “a cornerstone of human intelligence.” 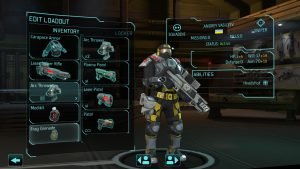 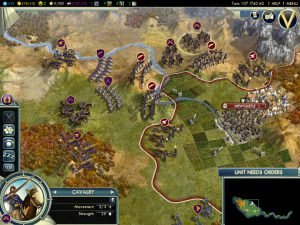 Civilization V is a strategy game that is recognized as one of the greatest strategy franchise of all time.  Players strategize to become Ruler of the World by creating and advancing civilization from the dawn of man and into space age.  It involves waging wars, conducting diplomacy, discovering new technologies, and going head-to-head with some of history’s greatest leaders. 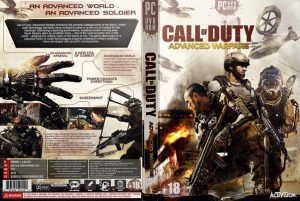 The game puts the player in powerful battlegrounds of the future, where new tactics with advanced weapons are used to win in a high-tech era of combat.  The advanced arsenals include vehicles like hover bikes and highly specialized drones.

According to a University of Rochester study, shooting bad guys in video games can unexpectedly give players better vision.  In a 2009 study, expert action gamers who played first-person shooting games like “Call of Duty” saw a boost in their “contrast sensitivity function,” or the ability to discern subtle changes in the brightness of an image. Considered one of first of the visual aptitudes to diminish over time, the ability to pick out bright patches is key to tasks like driving at night.

In action role playing games or RPG, you take the part of a character in a fictional world.  The characters have a goal while exploring a dangerous environment.  In order to reach a goal, the player also makes fast analysis and decisions, just like in first person shooter games, although the pace is slower.  On the other hand, the decision-making is deeper than first person shooter games because many other variables are involved.  The games also exercise the player’s inductive reasoning skill, that is, the ability to think scientifically by hypothesis-testing, which is fundamental to learning.

In this platform game, the player controls Mario who explores Princess Peach’s castle to rescue her.  It places an emphasis on exploration within vast worlds that require the player to complete many diverse missions in addition to the linear obstacle found in traditional platform games.

In a research conducted jointly by the Max Planck Institute for Human Development and Charite University Medicine St. Hedwig-Krankenhaus ,it was found that  players of Super Mario 64 on a Nintendo XXL had “significant” increased gray matter responsible for spatial orientation, memory formation, and strategic planning, as well as fine motor skills. 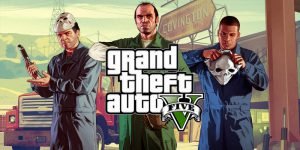 Sex, violence, and drugs: Grand Theft Auto has it all. This role-playing game includes over a dozen titles and is one of the most controversial — and popular — series on the market. Its stories revolve around a criminal underworld (such as the mafia), and players are cast in the role of gang members who must commit brutal crimes to rise through the ranks. This game could make your mind sharper by improving your decision-making skills. Past research showed that people who play action video games have faster reaction times than those who don’t play the games. 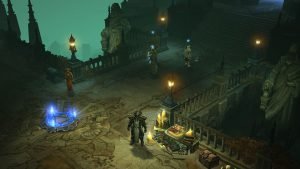 In Diablo, players choose one of many character classes – like witch doctor, barbarian, wizard, crusader – and aim to defeat the Lord of Terror, Diablo.  It involves exploring, acquiring, and trading weapons, armor and magic items and battling hordes and demons.

The player (playing with a first or third person perspective) freely roam over the land of Skyrim, an open world consisting of wilderness expanses, dungeons, cities and towns.  The player navigates by riding horses or using a fast-travel system to warp to previously discovered locations.  The objective is to develop the player’s character so that it is able to cope with the quests it pursues.  The character also chooses from a variety of weapons, armor and magic that he acquired to be effective in combat. 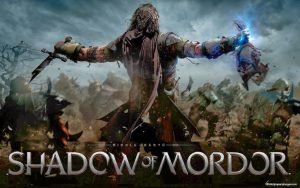 This is an open world video game where the player controls a Ranger named Talion.  There is a main quest, but the player has the freedom to pursue side quests and roam around the world.   The player levels up the abilities of Talion both as a Ranger and Wraith.  The “Shadow of Morder” has been called the strategic person’s action game. 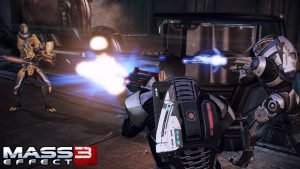 This is a science fiction role playing action game that is also a third person shooter.  The player assumes the role of Commander Shephard and use extreme character customization.  The game reacts to every decision a player makes.  The game has a rich, branching storyline with multiple endings based on the player’s choices and actions throughout the game. 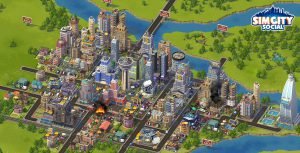 Sim City enables the player to build a city and do the challenging job of urban planning.  Players zone land for residential, commercial or industrial development, as well as building and maintaining public services, transport and utilities. It effectively teaches the player how to manage finite resources and the complex consequences of decisions

Sport games are similar to action games in the sense that they are fast-paced and take good hand-eye coordination to win.  For some, they are preferable to many action games because they do not involve violence.  Though players won’t learn the physical skills necessary to excel in actual sports by playing sports video games, they can learn player moves and team strategies that are used to win games.  Thus, quick thinking and making fast analysis and decisions are involved, often in situations that are constantly changing. 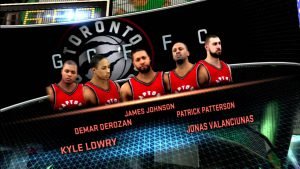 Playing with NBA 2K15 is like having a true-to-life NBA experience.  The graphics are life-like and the gameplay ultra-realistic.  Players have control of such moves as rebounding, steals and blocks making the player feel engaged in every basketball decision and action. 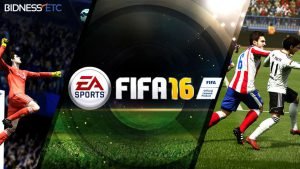 The game is designed to give players the experience of playing soccer that is close to life-like.  It even models the emotions of all 22 players, giving fans the chance to experience the personalities of the world’s best soccer players during a match.  The player control is responsive making Man-to-Man battles more engaging. 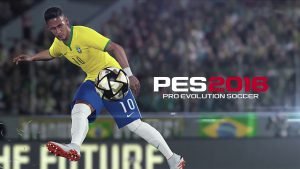 Apart from the fun that comes from Football game, a game such as pes can help you plan tactics against your opponent to win. If teaches you about setting up right formation to tackle any problem. 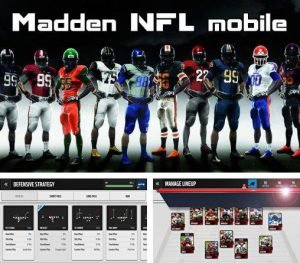 This sports video game based on the NFL gives you all the moves of the American Football game and more.   There is even a skills trainer that teach not only gameplay skills, but strategy and football concepts as well.

All the games listed here and even the ones not listed are good for recreation. However, like everything else, playing video games should be done in moderation, and it is important for kids and teenagers to spend more amount of time in other activities that improve the mind such as reading and physical activity and not get addicted to this games. 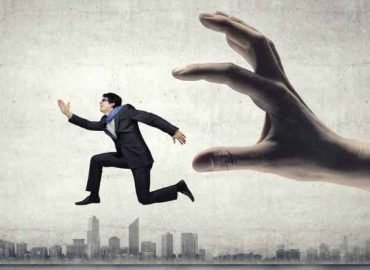 Top Web hosting Companies You should Run Away From

SETTING UP A WORDPRESS CMS: Step by Step Guild